To accompany the exhibition, The Family in Disorder: Truth or Dare, by Brazilian artist Cinthia Marcelle, we’ve put together a reading list exploring Brazil’s contemporary art and culture, and expanding on the themes of the exhibition, such as participation, collective action and materiality.

A selection of the titles will be available to buy in the Modern Art Oxford shop during the exhibition.

Uprisings
Georges Didi-Huberman (2016)
Uprisings examines how artists have been provoked to represent collective emotions, political agitations and social disorder through various media including painting, drawing, photography and film. This book was published to accompany an exhibition at Paris’s Jeu de Paume in 2016.

Contemporary Art Brazil
Hossein Amirsadeghi & Catherine Petitgas (2012)
Celebrating Brazil’s vibrant contemporary culture, Contemporary Art Brazil focuses on 110 of the country’s most significant artists, gallerists, collectors and intellectuals, placing them within the context of Brazil’s rise on the international art stage in the 1960’s.

The Violence of Participation
Markus Miessen [Ed.] (2007)
This impressive catalogue of conversations contains contributions from architects, curators, artists and writers including Hans Ulrich Obrist, Ute Meta Bauer, Nikolaus Hirsch and Rem Koolhaas, providing a fascinating discourse on participation, democratic concepts, and what it means to live in Europe today.

Hélio Oiticica: To Organize Delirium
Lynn Zelevansky (2016)
Published by the Whitney Museum in New York to accompany a major retrospective exhibitionof the work of Brazilian artist Hélio Oiticica, this comprehensive catalogue extends beyond examining Oiticica’s artistic output to highlight the artist’s involvement with music and literature. 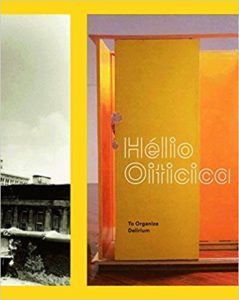 Participation (Documents of Contemporary Art Series) (Whitechapel: Documents of Contemporary Art)
Claire Bishop (2008)
To produce her new installation at Modern Art Oxford, Cinthia Marcelle worked collectively with a team of artists and art technicians, a process that became crucial to the work’s final outcome. Featuring essays and writings from Umberto Eco, Roland Barthes, Hélio Oiticica and Joseph Beuys, Participation similarly explores how artists have sought to shift viewers out of the role of passive observers and into the role of producers. 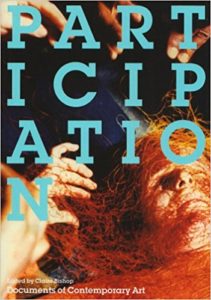 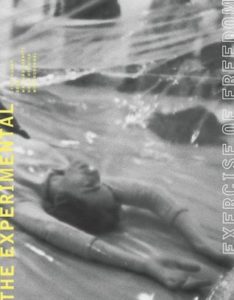 Cruzamentos – Contemporary Art in Brazil
Jennifer Lange (2014)
Cruzamentos literally translates as intersections or crossings, a word also used in Brazil to refer to the country’s distinctive cultural diversity. This merging of cultures is also reflected in its contemporary art scene and featured in this book are 35 artists whose practices are as varied as the country itself.

The Family in Disorder: Truth or Dare, Cinthia Marcelle is on at Modern Art Oxford from 10 March – 27 May 2018